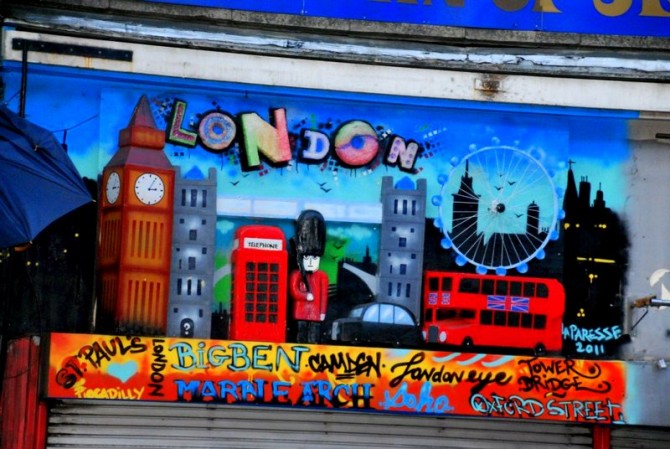 Camden is another area which is very popular for its market and between tourist is is probably the most visited. Situated next to the Camden Dock, there is a market with a lot of independent clothes stalls and delicious food stalls.
Camden is also home to a lot of tattoo shops and pubs. The houses are covered in graffiti and look really cool and trendy.
Camden is home to many subcultures and you will definitely find punks hanging out near the canal on the Camden Dock, drinking and listening to music. You will see interestingly dressed people wearing for example Anime or Gothic style. There are people who perform on the streets nd you will find people being totally wasted around midday. Nothing is impossible in Camden and it is a great place to go during night time. I was in one of the bars which are situated next to the Dock and they offered special beers with a hemp or cherry flavor and we were listening to gypsy music and after a while they were putting all the chairs and tables on the side and everyone was dancing.
And then there was also a very cool, traditional British pub next to the Camden Dock bridge which was very busy, but very nice and had a great terrace upstairs.
Another cool club/bar is called “Proud Camden”. Camden in the beginning had a big horse stall and this is now turned into this club. You hang out in the stalls, there are comfortable couches, poles, table football and there is an outdoor and indoor bar. Entry is for free and they have some very famous acts, which perform there. (One of them is Amy Winehouse or also…)
Lots of musicians rise and fall in Camden, one example is the great Amy Winehouse. She had her house in Camden and her music was inspired by her personal struggle with drugs and her problems with men. Camden made her and Camden also destroyed her in a way.
Camden is a very interesting, very different place in London. It is edgy and also a little bit strange but never boring. One of my cousins said he doesn’t like Camden anymore because it lost its old charm, he said it is too commercial and touristy and is nothing like the old Camden anymore.
I don’t say that this he is wrong, but for people who don’t know how Camden was before it is still a great place to go especially on a night out. 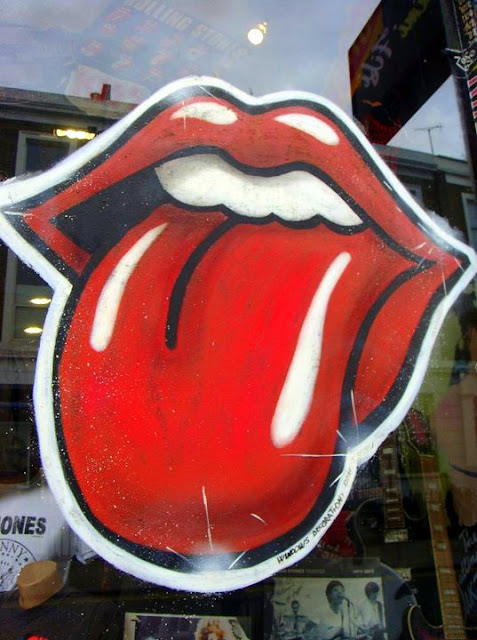 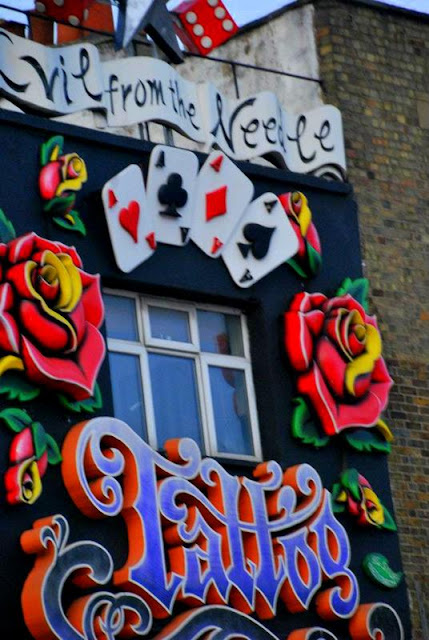 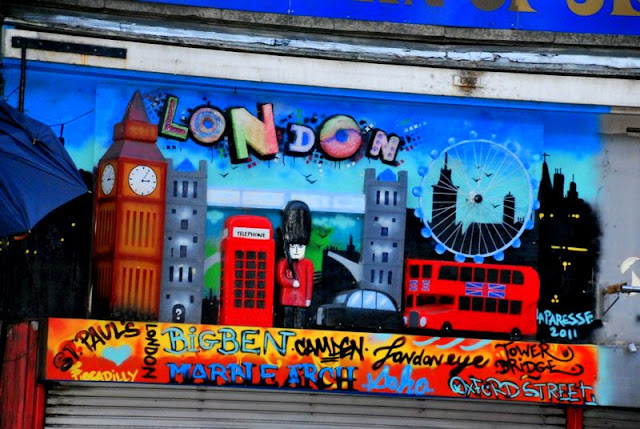 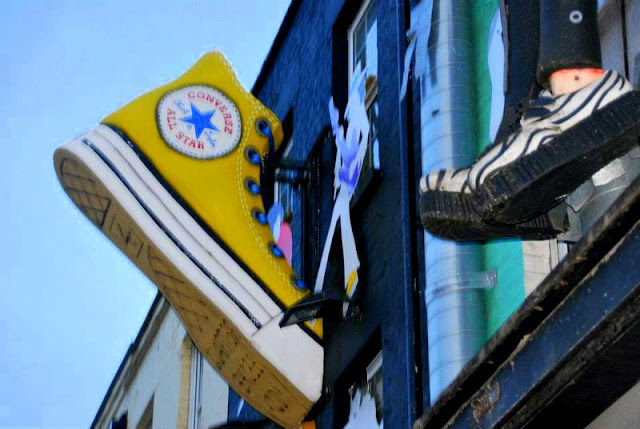 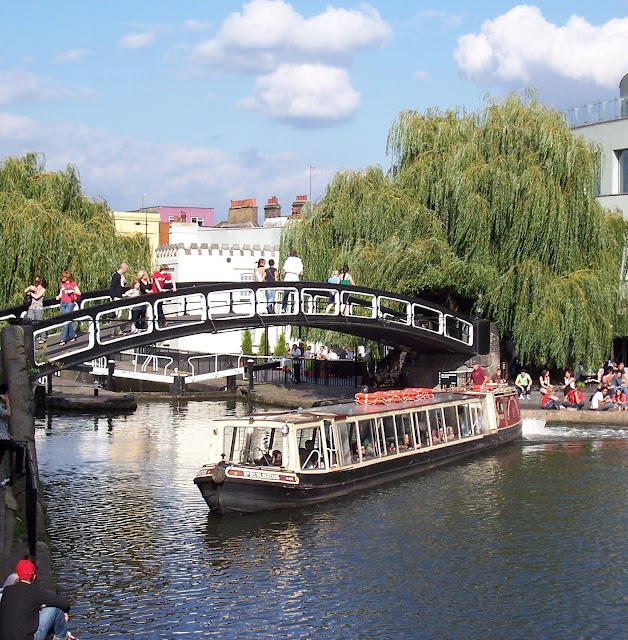 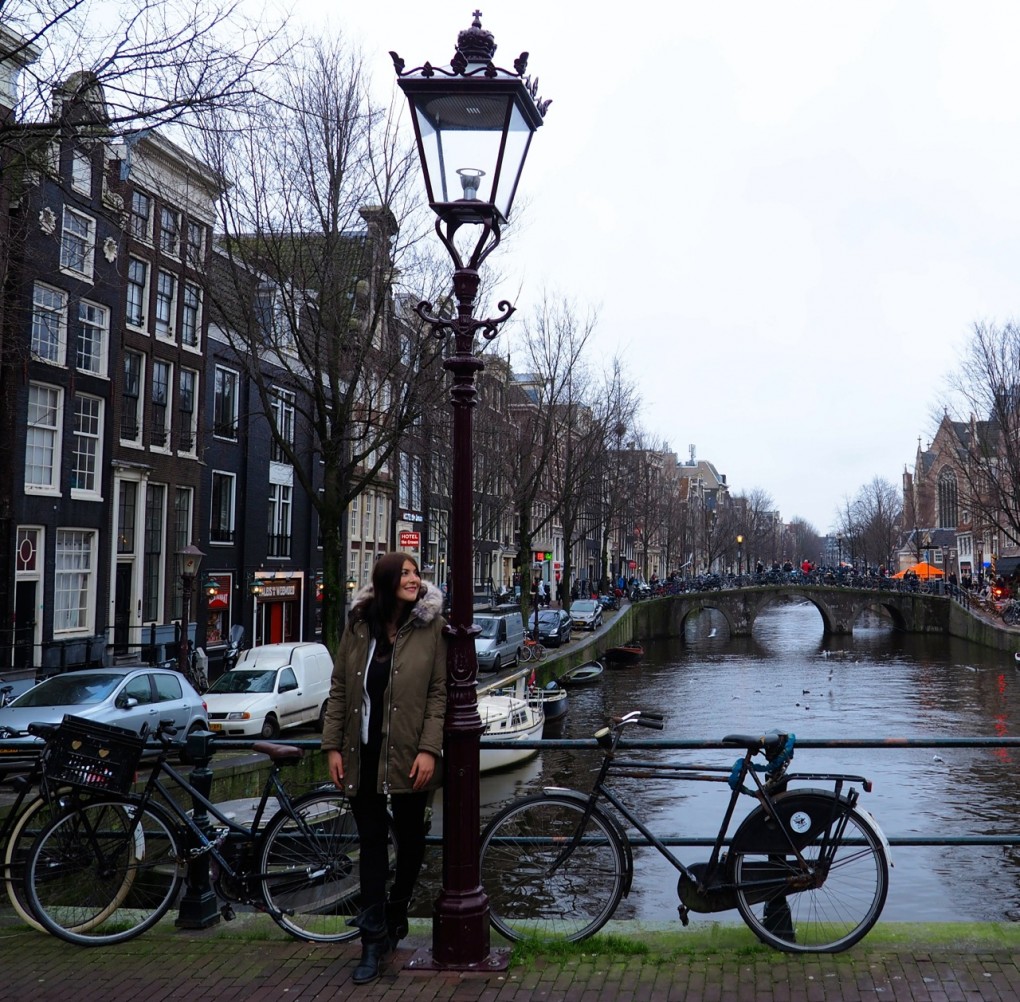 Where to stay in Amsterdam? The newly opened Jaz in the City
Amsterdam is always worth a trip. Bikes, canals, bridges- every… 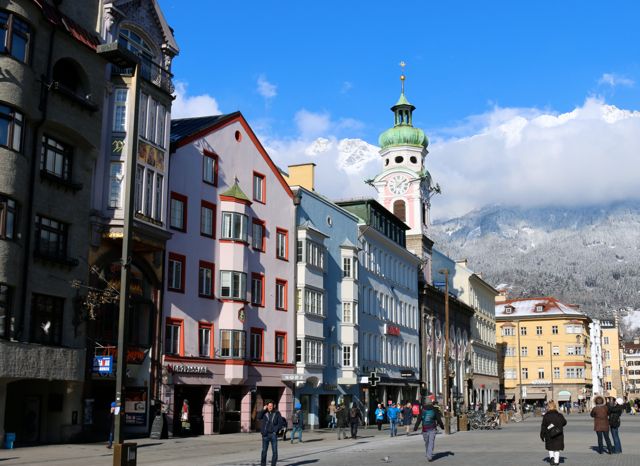 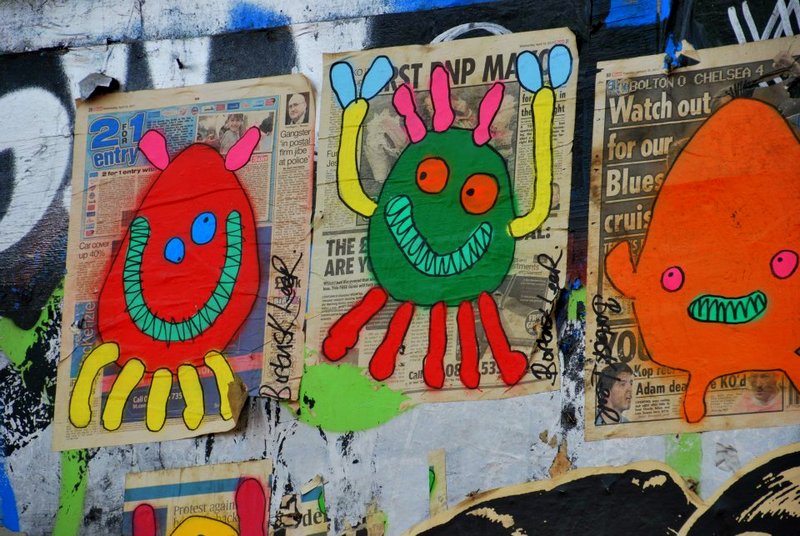 The art scene in London
London is famous for its art scene. Big art museums…