Warning: count(): Parameter must be an array or an object that implements Countable in /homepages/26/d520205661/htdocs/clickandbuilds/WordPress/travelerslittletreasures/wp-content/themes/wpex-twenties/functions/meta/init.php on line 755
 Experience Rotterdam like a Local - Traveler's Little Treasures 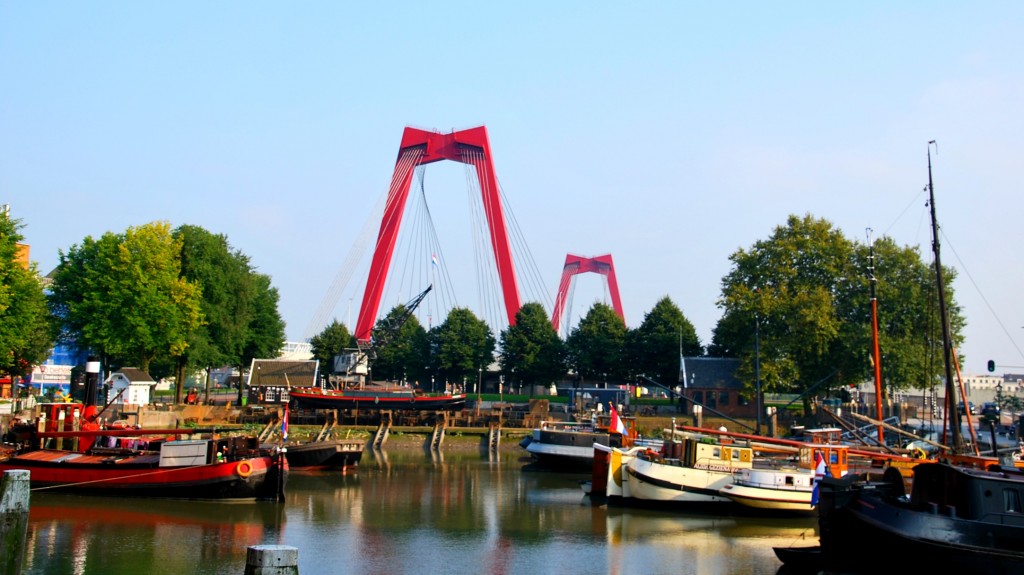 In the past Rotterdam was the port to the world. The port was, and still is, very important for trade and ships left on big journeys taking emigrants to the promised land America.

Rotterdam has changed over the years and became known for it’s skyline. Still there are so many developments going on to make it attractive for locals as well as visitors.

There is a reason why Rotterdam has won the award European City of the Year a couple of times and holds the title 2015.

The first stop for travelers coming to Holland is always Amsterdam, which is without a doubt a great city, but often other interesting Dutch cities get overlooked.

The locals love their city Rotterdam to bits, it is buzzing and there is always something going on. If you want to get to know the city truly, why not listen to the people that know their city by heart.

The following recommendations have been given to me by the people of Rotterdam:

1. The Erasmus Bridge: The bridge holds the nickname “The Swan” and connects the South and the North part of Rotterdam with each other. The architecture is really impressive and it is nice to walk along the river and then cross the bridge and take some pictures.

2. Old harbor: The charming old harbor has a lot of stories to tell. The old sailing ships which still lay there, reminds of old Dutch paintings from the 18th and 19th century. Especially at sunset it is a beautiful place to visit. Along the harbor there are also nicely priced restaurant and cafés which invite to stay for a while.

3. The Cube houses: Those innovative houses are construction by Dutch architect Piet Blom. The cubes of conventional houses are tilted 45° and look strange and interesting at the same time. For everyone who is curious what they look like from the inside, there is also a “cube museum” with the interior of a normal house.

4. SS Rotterdam: The SS Rotterdam was built in Holland and left on great adventures as the former flagship of the Holland America line that left 1957 on its first voyage crossing the Atlantic and taking emigrants to America. Now it returned back to the city and serves now as a hotel, bar, restaurant and location for events.

5. De Rotterdam: This building is the largest building in Holland, 150 m high and has a surfaces of 160.000 m2. The idea is that it should serve like a multifuntional city, combining living, working and shopping all in one. In the three towers shops, offices, apartments and restaurants can be found. There is also the 4 star nhow hotel and it’s bar with a balcony is a great place to have a drink and enjoy the view of the city and the Erasmusbrug.

6. A ride on the water taxi: The idea of the water taxi was to connect the South and the North with each other. Now it still runs to various points of the city and the greater Rotterdam area and is a fun experience.

7. A stroll through the new Markethal: The Markethal has just recently been finished and is a beautifully designed building full with great food stalls. Whether you are looking for delicacies or something out of the usual or want to have a small bite to eat or a drink – this place is perfect. There is an Asian supermarket inside, which I loved. Everything which you could imagine can be bought there.

1. Kunsthal: The Kunsthal is one of the most innovative museums in Holland. The exhibitions are always changing during the year. With around 25 different ones each year it is home to all forms of art, design, photography, fashion, traditional and modern art and there is definitely something for everyone. When I went there, I got to see the “Designing 007”- an exhibition about the James Bond movies with great film probs, costumes and  even whole movie sets which were rebuild there.

Go there- and get surprised.

2. Foto museum: The Nederlands Fotomuseum is a treasure-house of Dutch photography. It holds a large collection of subjects, genres and applications of analog and digital photography and also has changing exhibitions.

Keep in mind that it is closed on Mondays.

3. Boijmans van Beunningen: A visit to this museum is like a journey trough the history of art from the early Middle Ages to the 21st century. Not only the collection inside is worth to look at, but also a visit of the sculpture garden is recommended.

1. Bazaar: Delicious Turkish food, good selection of wines and a lovely atmosphere. The entire restaurant is decorated with those little lamps which remind me of my time strolling through the markets of Istanbul. ($)

2. Warung mini: Surinamese food is something, you won’t find that often outside of Holland. The former Dutch colony is located in South America and the cooking has been influenced by Indonesian and East Indian laborers that were brought to work in the plantations. Warung mini is also a great spot to head for a late night snack after a couple of drinks. ($)

3. Restaurant Zinc: The menu changes daily and gives you some really good options of french and mediterranean dishes. The restaurant is situated in the historical city center and has a lovely atmosphere. You will get the feeling of eating in a little bistro in the streets of Paris.  ($$)

4. Restaurant LULU: Great dishes from Far East. You get to choose from a large variety of food from different countries, high standard and great service. There are also a lot of vegetarian options. ($$)

1. Van Zanten: This is one of the local spots to go for a drink and a snack after work. It has a good selection of wines and a cozy atmosphere.

2. Bokaal: Great spot to spend a couple of hours chatting to friends. This beer café has just opened, but has quickly become a really busy place due to its good food and drinks. The outside area with heaters is also a great place to sit.

3. Locus publicus: A cozy pub where you can try a lot of Belgium beers.

4. Katendrecht: This is a new upcoming area in the city with shops and restaurants. Also the SS Rotterdam is situated there.

5. Wittedewithstraat: A lot of cafés, bars and restaurants can be found along the street and this place is perfect for a easy night out. Also during the day it is nice to go for a stroll there, because of the independent shops and the street art.

6. Perron: This might be one of the greatest clubs in Rotterdam with an underground vibe. On Fridays and Saturday you will have live performances by DJs and with good music you can dance through the whole night.

1. Hotel New York: Situated in the former office of the Holland-America line with a great view over the harbor and the ships, this place is now the Hotel New York. An excellent 4 star hotel that still manages to keep its nostalgia. Instead of room key cards, you will get one of those old-fashioned hotel keys, there is the lovely iron staircase and a lot of other reminders of the past. Even though you get the feeling that you traveled back in time, the individually designed rooms are modern and bright and provide all the comforts you need for your stay. 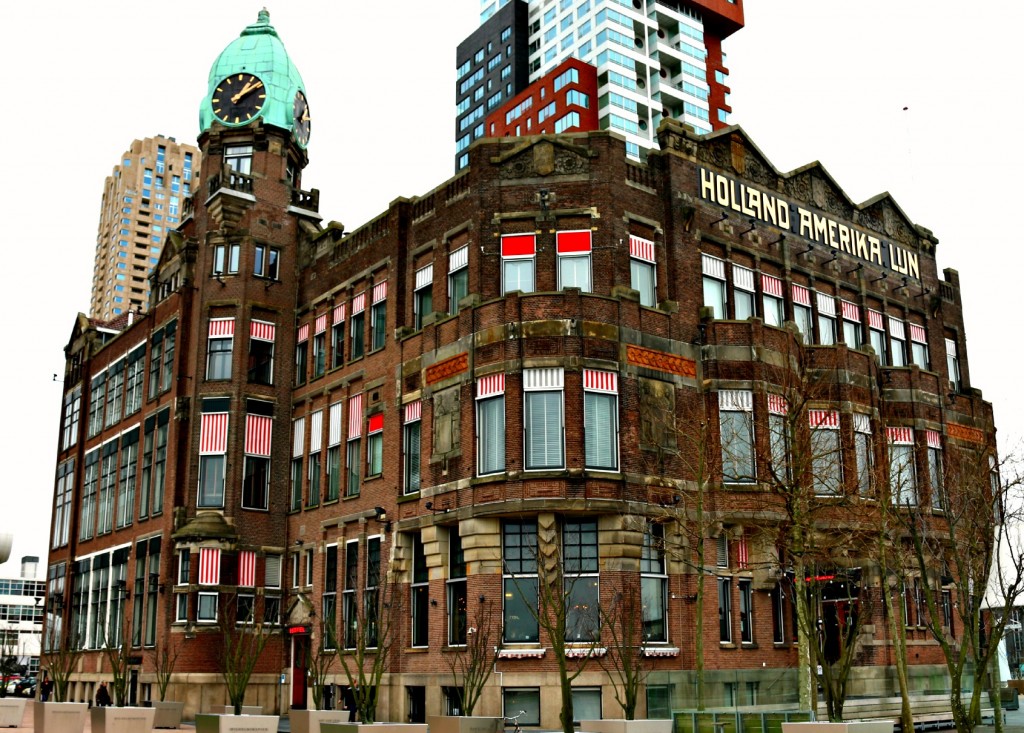 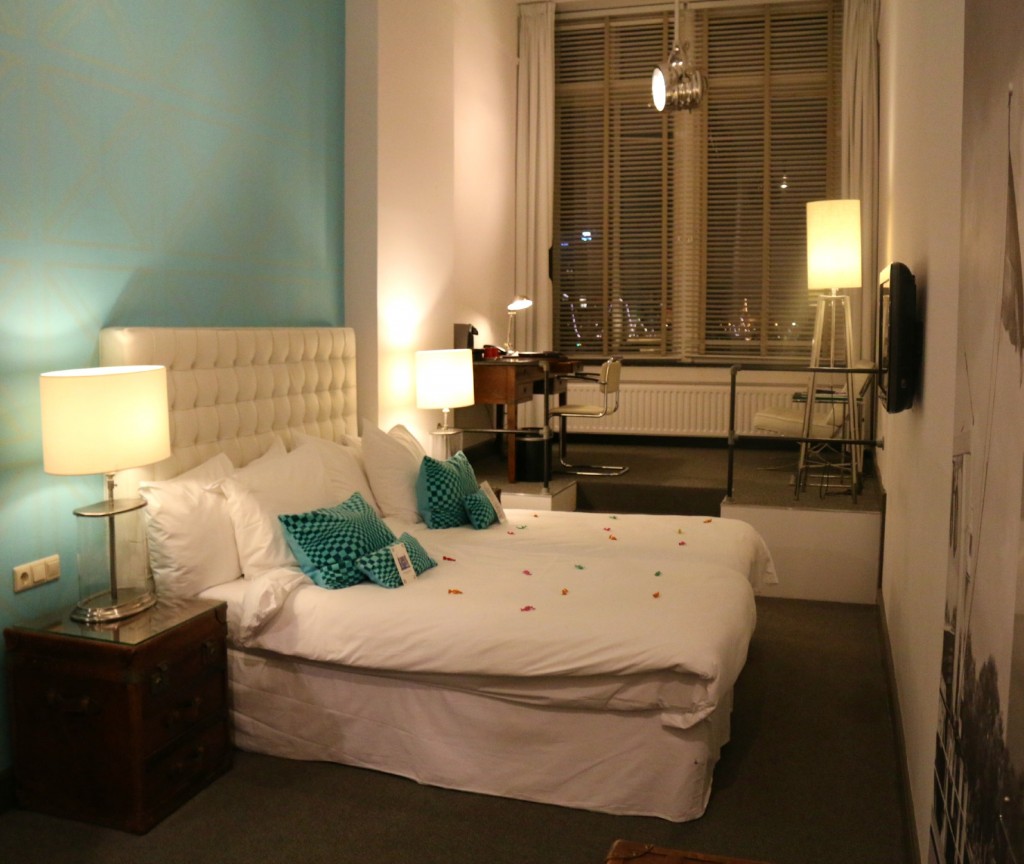 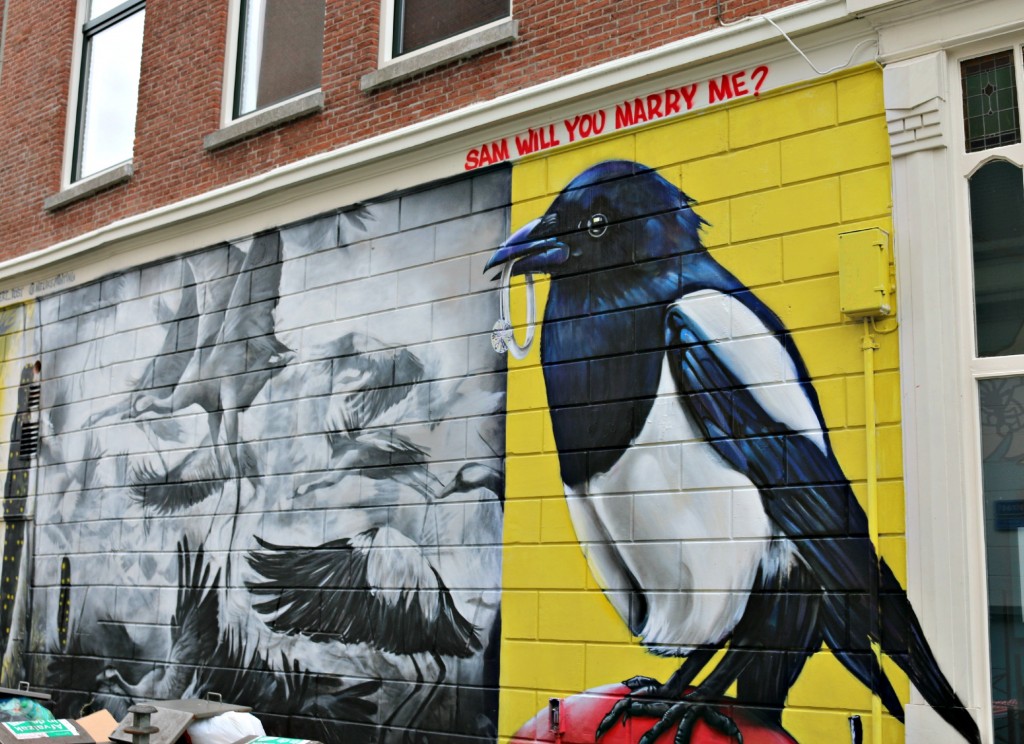 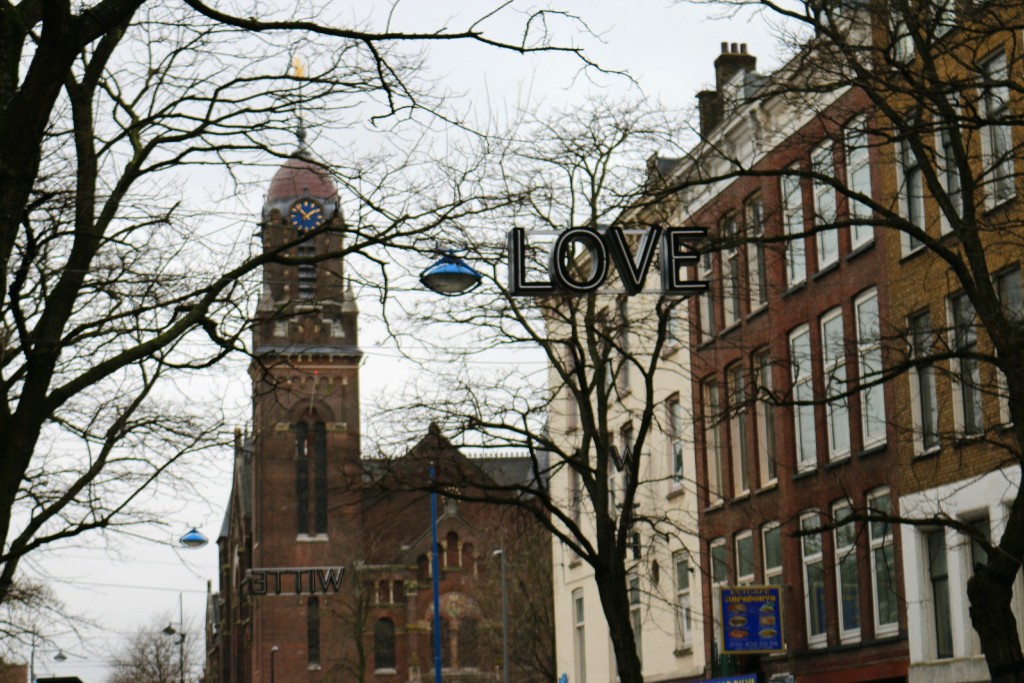 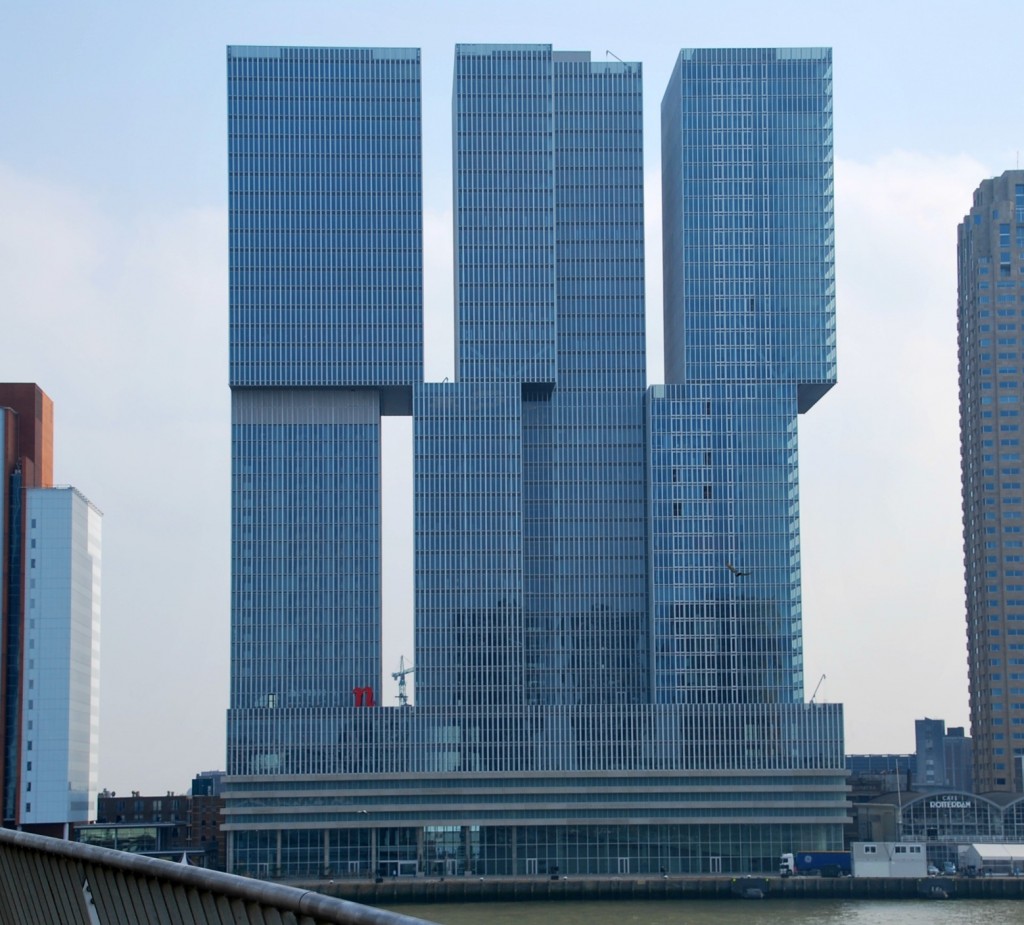 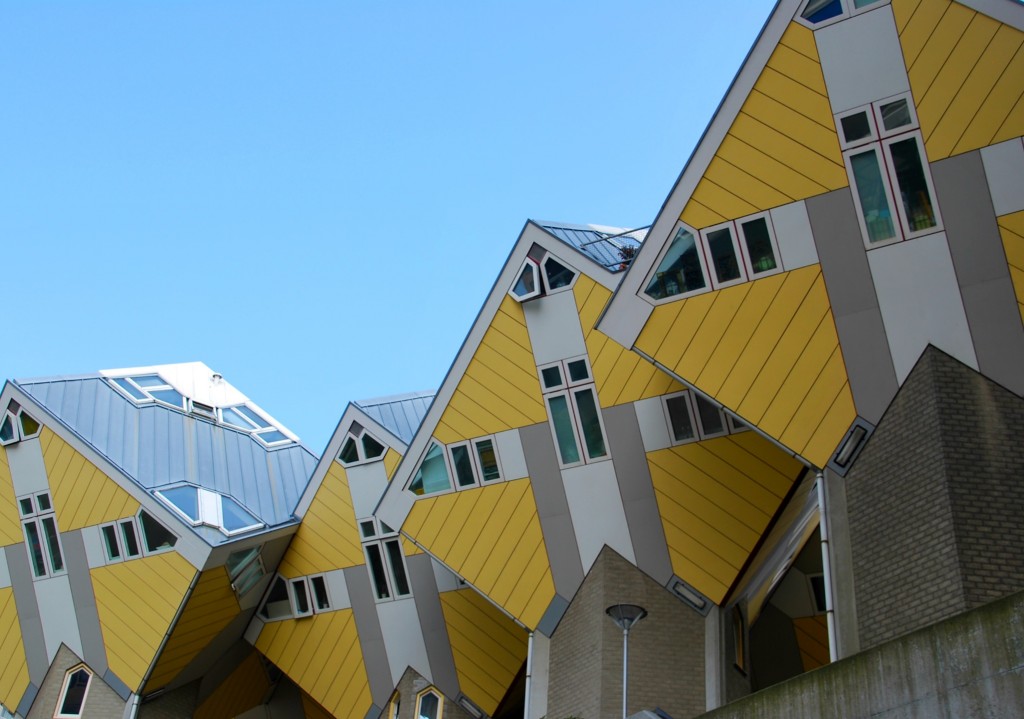 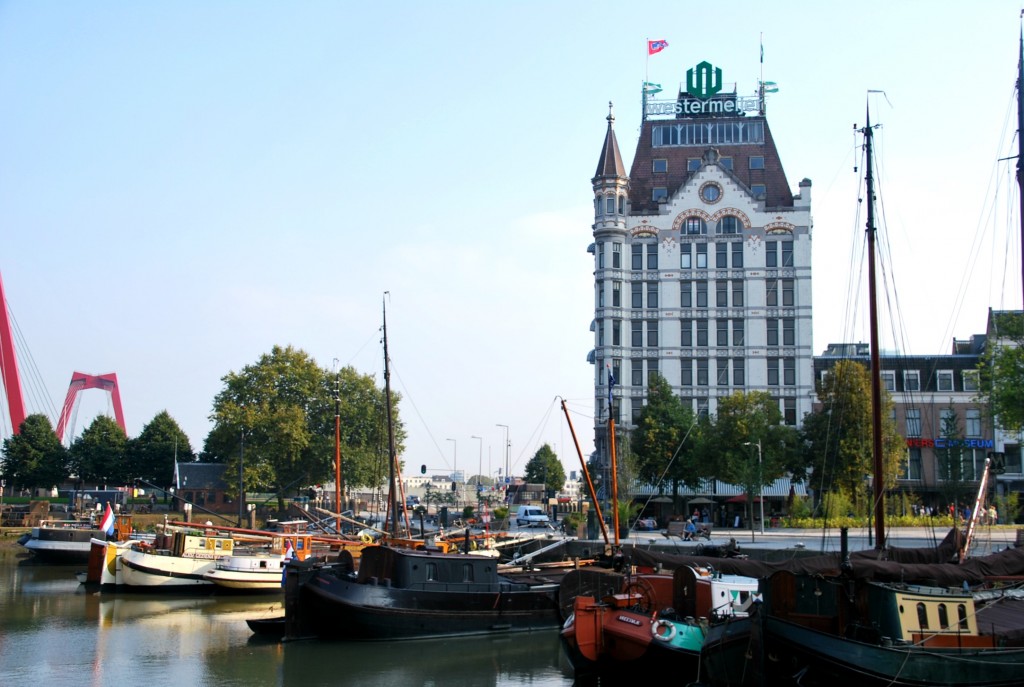 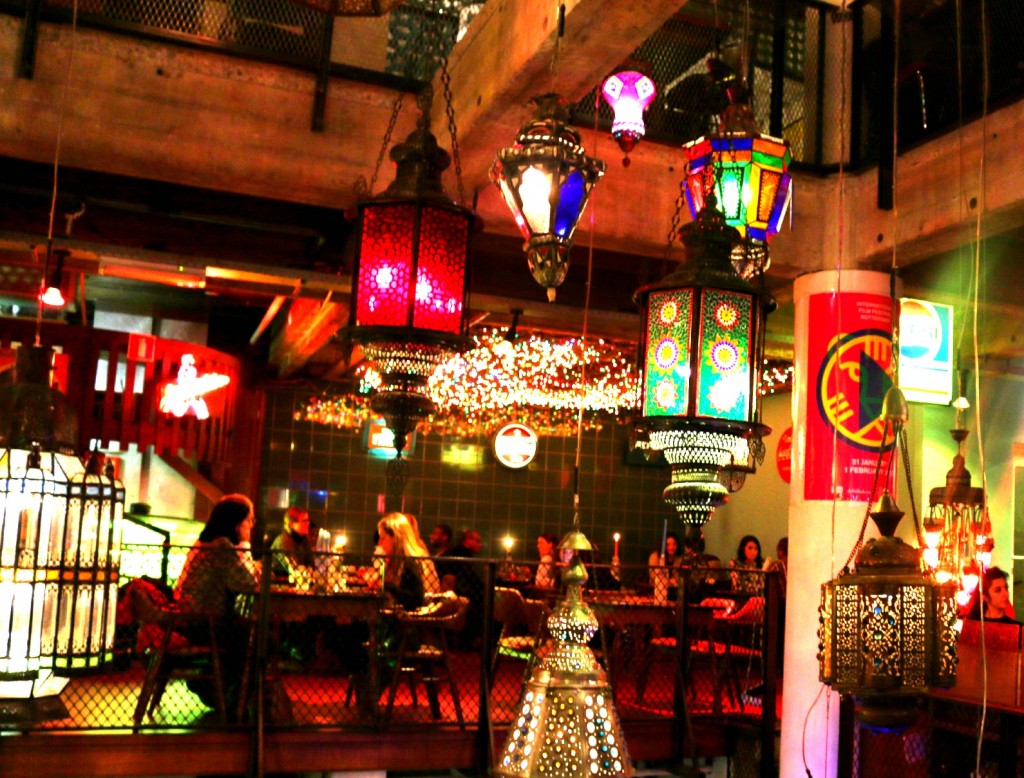 Facebook
Related Posts
A Practical Airport Guide Inside London Gatwick
Here on Traveler’s Little Treasures we’ve talked about short weekend…
One must visit in Istanbul: The sunken palace „Basilca Cistern“
The entrance to the Basilca Cistern is very small and…
Planning a stopover in Dubai: Everything you need to know
Dubai, one of the world’s most dynamic cities, is a…
There are 6 comments for this article