Warning: count(): Parameter must be an array or an object that implements Countable in /homepages/26/d520205661/htdocs/clickandbuilds/WordPress/travelerslittletreasures/wp-content/themes/wpex-twenties/functions/meta/init.php on line 755
 Don Det- The Hammock Capital of Laos - Traveler's Little Treasures

Don Det is an island in the middle of the Mekong river not far from the Cambodian border. 10 years ago it wasn’t even on the radar of most travelers visiting Laos. Today, since the party tourism has moved from Vang Vieng, people started looking for an alternative and discovered this little paradise. If life in Laos goes at a slow pace, then time just stopped on Don Det. This little island that you can easily surround by foot in 2 hours probably invented the word „relaxing“. Nowhere else in Laos I have seen so many hammocks hanging around. Very easy to get tempted and spend the day swinging away as you can see. Laos is not situated on the coast, has no ocean, no real beaches- but the 4000 islands are as close as it gets. I didn’t know about this place and was so happy that Stray Asia included it in their itinerary. I traveled with them on the Full Moon Pass from Chiang Mai to Laos, visited the most popular places in the country, went off the beaten track and ended in Don Det. 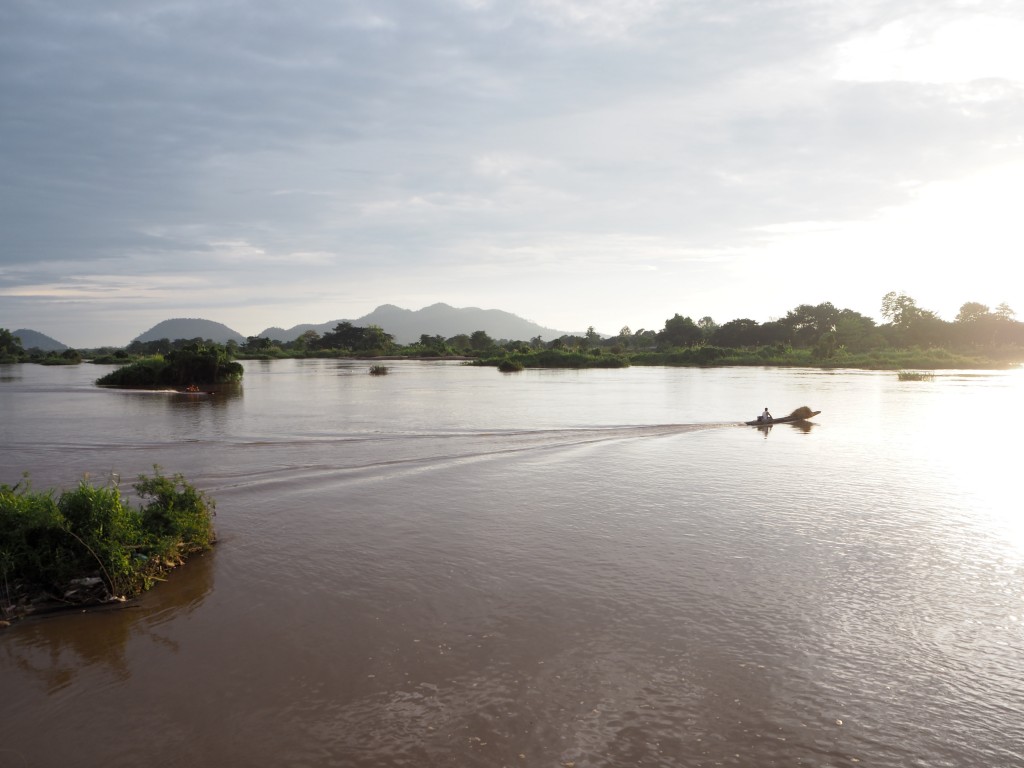 The easiest way to get there is from Pakse. First you will go by bus and then hop on a boat that will take you to the island. The journey in total will take you around 5 hours. Of course you can also get to Don Det directly from other parts of the country. Popular routes are Vang Vieng-Don Det or Vientiane-Don Det. Keep in mind though, that you will be spending long hours in the bus. 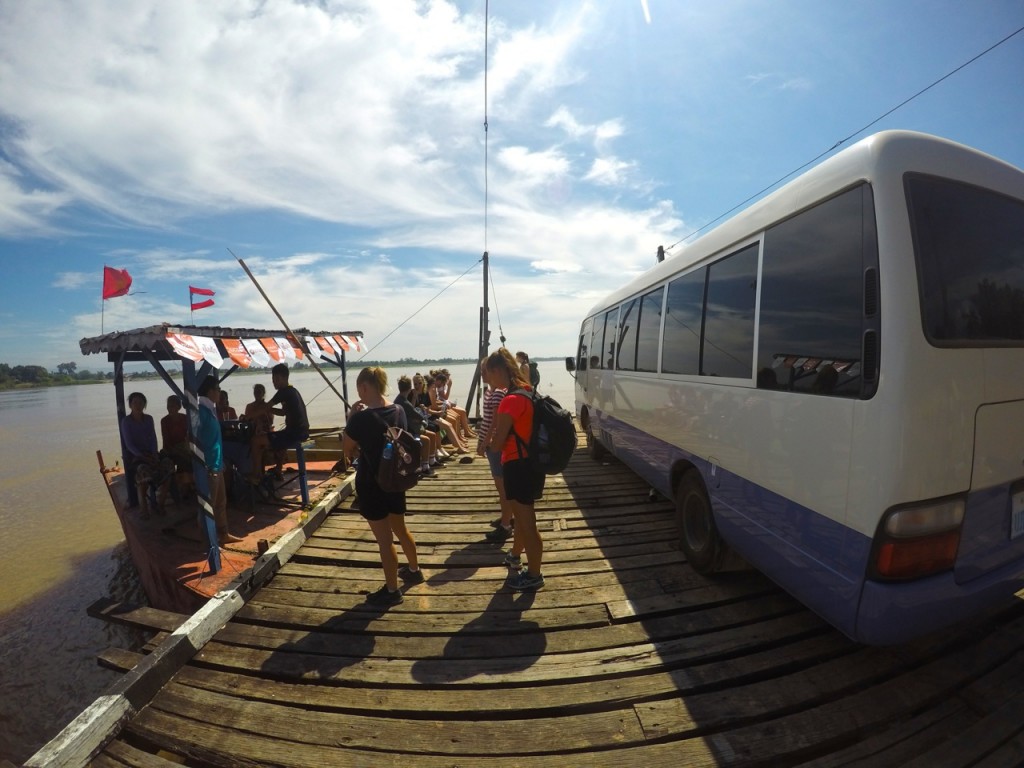 Accomodation on the island is simple, but inexpensive. Very common are bungalows that you can get from as low as 5 $ a night in low season. 10 $ is the average price and for that you will get a nice little bungalow with fan and of course your own hammock in the front. Try to get a bungalow on the river either on the sunset or sunrise side. Who doesn’t want to dream away staring at a scenery like that while laying in a hammock. Very popular: Mr B’s Sunset View 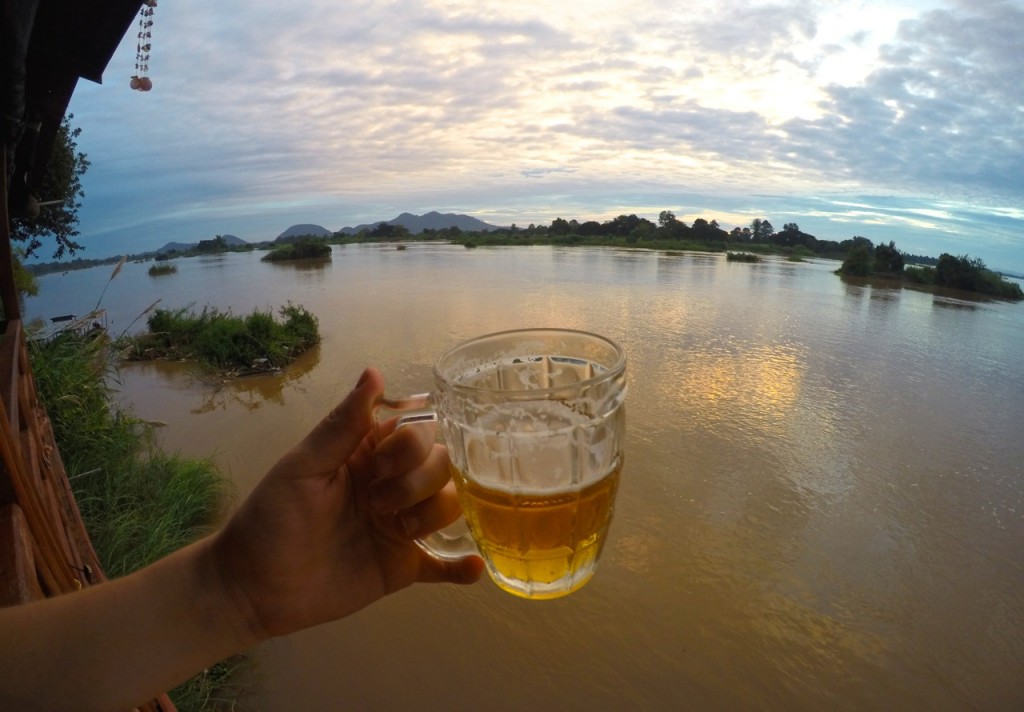 People mainly come here to relax and take some time off to do nothing. After being on the road for a while and not having to worry about anything is great. I am one of those people that can never sit still, I always have to do something and want to see everything. As there isn’t that much to do here, I had to learn to just sit somewhere with a good book and spend the day doing nothing, not moving much. And actually I started to get used to it, even enjoy it.

If you feel like being a little bit active you could either go for a walk around the island or hire a bike. I hired a bike and cycled outside of the main town through the countryside past some small villages. People were extremely smiley and friendly and all greeted me as I drove past. As it was the rice harvest, I stopped to watch for a while. Don Det is connected by a bridge with Don Khon, another small island. There is a Dolphin View Point, where you can have a swim in the most calm water of the Mekong and have a beautiful view of Cambodia in the distance. I also stopped at a waterfall to take some photos before cycling back to Don Det. My hammock was waiting for me. 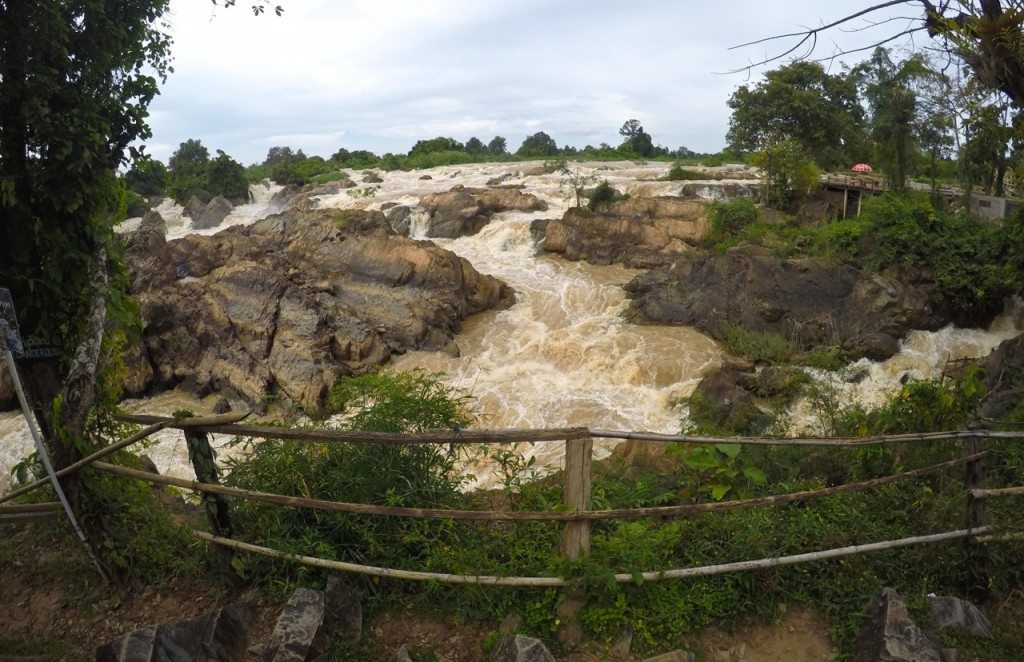 Among other popular activities are kayaking, dolphin watching or tubing.

In the evening as it cools down the island gets more lively. During the day it felt like I was the only one on the island, but now lots of people came out to have dinner and drinks. Adam’s Bar and Restaurant is a very popular spot. They set up a really nice all you can eat BBQ buffet where we spent entire evening. After the dinner we had some drinks and played darts and table football. They also show movies and have plenty of games and even a XBox. Really great, fun place to hang out. During high season this island is perfect if you are into partying. 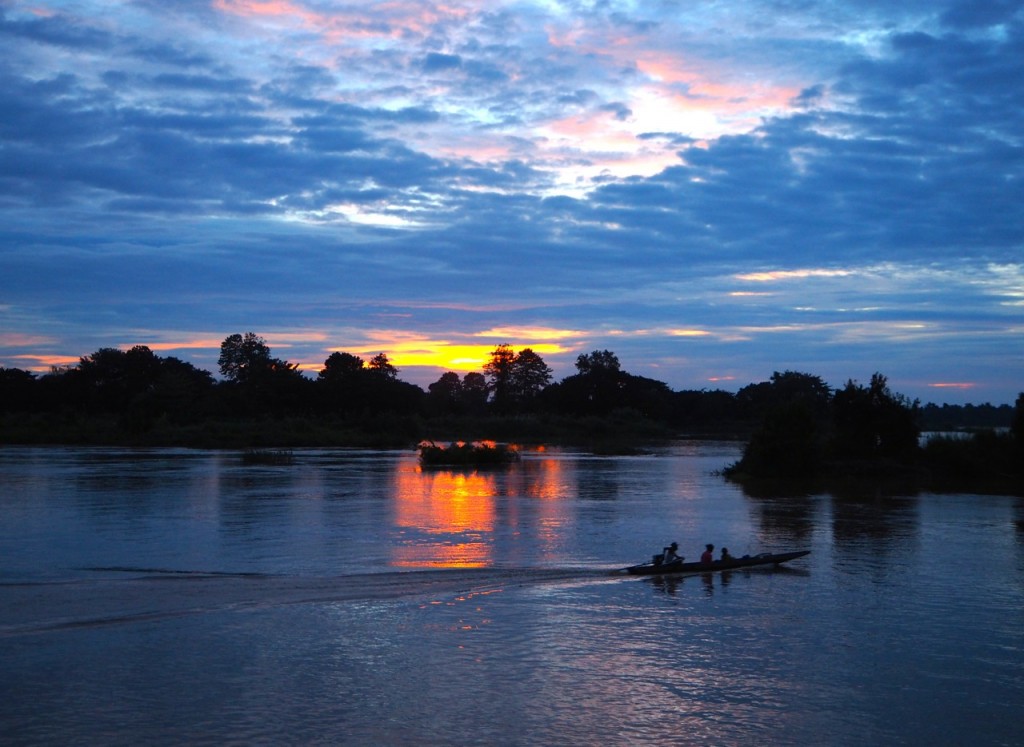 The following days I followed the same routine, I slept in, relaxed in my hammock, watched the sunset, had dinner and went to bed early again. Simply taking in the tranquil surroundings and having a break from traveling and stress in general. Don Det still is a relatively unknown treasure that it is worth a little detour on your trip to Laos. But be warned, when visiting this places you might never want to leave again.

If you are currently planning your trip to Laos, have a look at my suggested itinerary for traveling around Laos.

More informations about Laos can be found here on the Stray Travel Guide of the country. 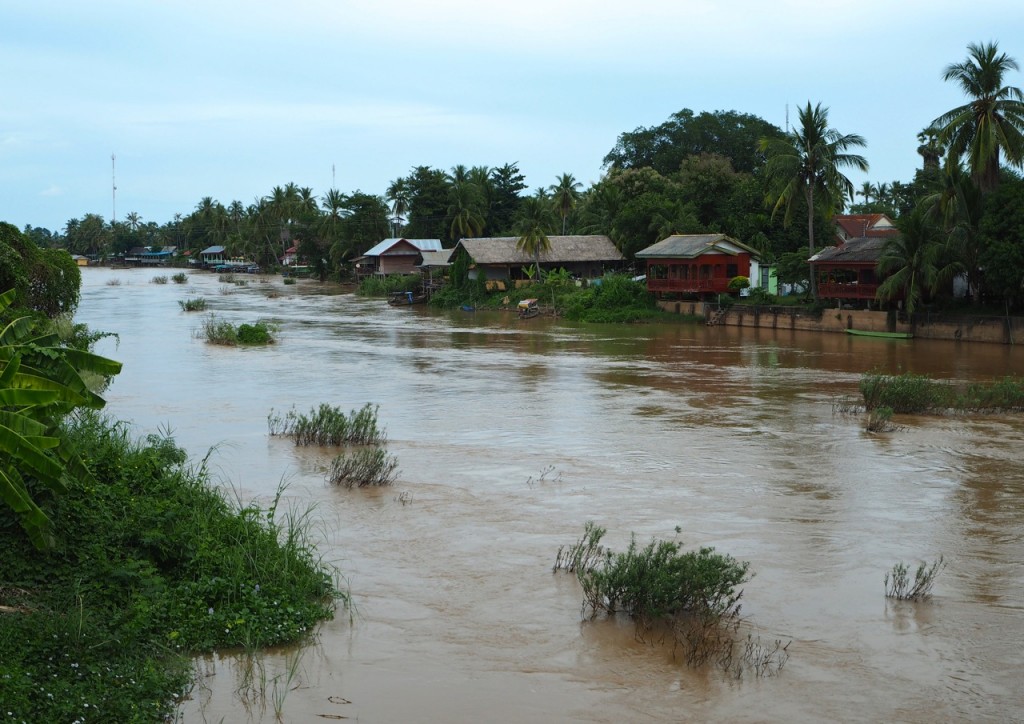 Traveler’s Little Treasures was invited by Stray Asia  to join on their Full Moon Pass however my opinion is, as always, my own.

Facebook
Related Posts
Two Weeks in the Philippines- a Suggested Itinerary
You have two weeks of vacation and are interested in…
How to make fresh, green or red Thai curry paste
(For Englisch translation scroll down a bit) Für die selbstgemachte…
Phi Phi Island Guide: Party Island and Snorkeling Paradise
It must have been a long time when Phi Phi…